Mr. Robot is a new TV series in USA Network about hacktivism. This is a spolier-free opinion post, so feel confident to read it and, of course, give the series a try if you like it!

I am a huge fan of TV series. According to an app I use to keep track of the episodes I have watched, right now I am following 23 series. I know, it sounds a bit crazy and sometimes I don’t know how I am able to manage to find time to watch everything (according to the same app, watching all the episodes for those series took me 656 hours).

I have already written about Sillicon Valley but linking it to some professional issues that I found while working as a software engineer. However, this is a totally different type of post. This is more an opinion and a recommendation for you to watch Mr. Robot.

Our democracy has been hacked

Although it has been long since its premiere, I manage to watch it recently and completed the whole first season in barely three days. It has some slow moments, but most of the time I was eager to see what would come next. 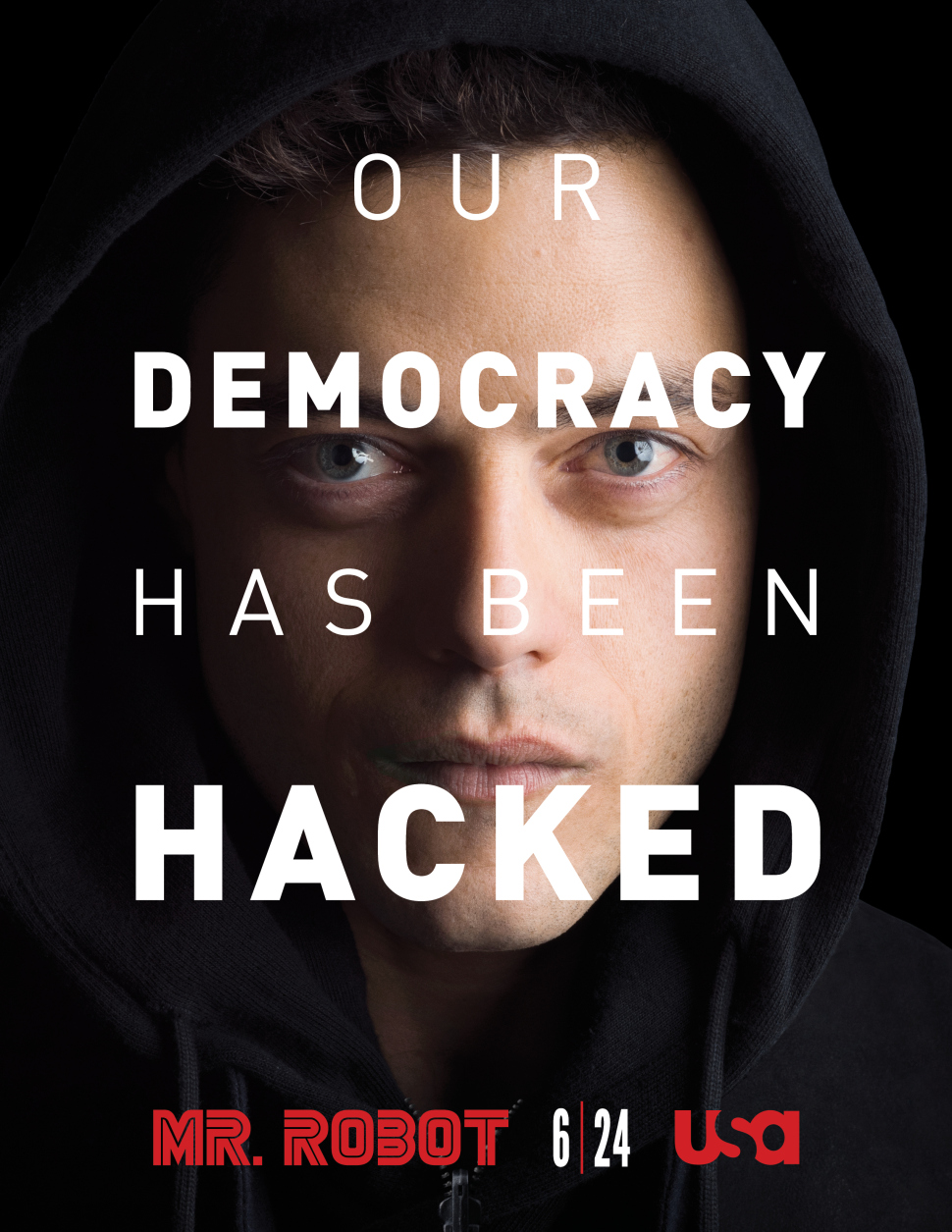 The main idea is very interesting: what would happen if someone managed to delete all financial records (and backups) for everyone around the world? Can you imagine that? Reseting our entire economy. Start from scratch. Of course, that is extremely unlikely to happen in the real world, but at least it gave me something to think.

To develop this idea, the episodes feature Elliot Alderson, a guy with some problems to interact with people who works for a software security company. He is extremely talented in a field that I consider specially difficult; dealing with all possible things that can go wrong to protect software systems is not definitely straightforward. From this on, he will encounter some other people in a hacktivist organization with the goal I presented earlier. I wouldn’t say anything else about the story because, to this point, you must be freaking out thinking that I am going to spoil you something, so keep calm.

One detail that I particularly love about the series doesn’t have anything to do with the series itself, but with the naming of the episodes. Most people maybe didn’t notice it; in fact, is something that may go inadverted, but if you check them out, you will notice they are written as file names using some kind of Leet writing and ending with different extensions for video files. This is the type of thing that I love to find because it is subtle, but still shows that the creators care about what they are doing.

Another thing I liked is how they were able to relate software concepts like daemons, exploits or debugging to feelings or situations in real life. I never thought about using such terms as a metaphor for what we live, but to me, they were ver cleverly introduced in the script.

Daemons. They don’t stop working. They’re always active. They seduce. They manipulate. They own us. And even though you’re with me, even though I created you, it makes no difference. We all must deal with them alone. The best we can hope for, the only silver lining in all of this is that when we break through, we find a few familiar faces waiting on the other side. Elliot Alderson

I could probably write much longer, but I don’t want to make longer post than it is already. I will just finish here recommending you to give Mr. Robot a try and waiting for the second season to come soon!